During a tour of the production area, it was discovered at several points that the rooms were not sufficiently maintained:

That was the problem

In the present case, the doors were apparently unable to cope with the pressure difference between the rooms. According to the company, comparable gaps in the doors had already been corrected two years ago. The fact that the door gaps now reappeared after the correction was in no way documented, assessed and/or corrected by the company until the time of the inspection.

Neither had the company noticed until now that the drain grids partly had loose screws and that impurities were collecting in the screw recesses.

Having sufficient room capacities available is not classically part of the maintenance measures. However, the aim of maintenance is to maintain or re-establish the functionality. This also includes the "function" of the rooms to be suitable in terms of number and size or to support the logical production process. An inspection of this "function" was not carried out regularly by the company until the time of the inspection. However, during the tour of the production area the following deficiencies were found:

This bottleneck in room capacity, which has existed for some time, and the changes in the production process due to the commissioning of the larger mixing room had not been evaluated by the company. Up to the time of the inspection, the company had not reacted accordingly.

This is the most common pitfall

In principle, different types of maintenance can be established. In the case of the above-mentioned deficiency, the company's motto on the subject of maintenance up to the inspection was "If a production employee notices something, it is reported so that it can be rectified". This definition of responsibilities was

The motto was therefore close to the so-called "run-to-failure" strategy, which is not recommended for the pharmaceutical industry. Why not?

In the case of leaking doors, this means that only when the gap is large enough to be noticed by employees is the problem reported and can be rectified. However, a negative influence on the maintenance of e.g. pressure zones or a possible cross-contamination may already exist before the employees can see the gap with the naked eye. There may be a drug risk.

And even if, for example, the gaps in the door are at some point so large that they could be seen with the naked eye, the focus of the production staff is usually on other things: Setting up the machine, preparing material, keeping the machine running, the time of the next break, the last phone call with the boss, etc.

To avoid this error

If the implementation of reported "failures" falls by the wayside, the difficulties are usually due to the human or financial resources that have to be provided by management and will therefore not be discussed further here.

The necessary test points, which fall under the generic term maintenance, should be recorded in an SOP (depending on the internal regulations, possibly also in different SOPs), so that, for example, sufficient room capacity does not "slip through" during the test.

If the necessary tests and measures are clearly formulated, the question remains as to who will carry them out. This will usually differ depending on the area, the room and the equipment. In order to avoid an unclear delimitation of responsibilities here, the subsequent responsibilities could be clearly defined, e.g. in the course of the qualification of rooms and equipment, as shown in Figure 21.C-9.

Figure 21.C-9 Necessary specifications for the maintenance of rooms and equipment A specification after completion of the qualification could help to ensure that no rooms or equipment are forgotten, as GMP-relevant rooms and equipment must be qualified before commissioning.

In particular, the examination of the "further suitability" of the rooms or equipment in terms of size, number and production sequence should also be carried out regularly (periodic review) and on each change (change management).

The above-mentioned points do not necessarily have to be part of the maintenance. For example, the test of sufficient room capacity could also be an integral part of regular self-inspections, so that changes in the necessary production capacity or in the production process can be reacted to promptly. In any case, it is important to evaluate and document any spatial bottlenecks that may be identified – regardless of the "event" (self-inspection, maintenance, etc.) to which it is linked.

Even if such a spatial bottleneck cannot be eliminated in a timely manner at first, e.g. due to necessary construction measures, at least a risk assessment and a plan of measures should be available.

A separately scheduled and scheduled inspection of the condition of rooms and equipment has the advantage over the "everyone reports anomalies" approach that it cannot be forgotten in everyday production, but must be processed like other (possibly initially prioritised production) orders and then be the focus of attention. By the way: how many maintenance deficiencies did you find in your exercise "Focus Maintenance Inspection" at home or in the company?

Figure 21.C-10 Important specifications for the maintenance of rooms 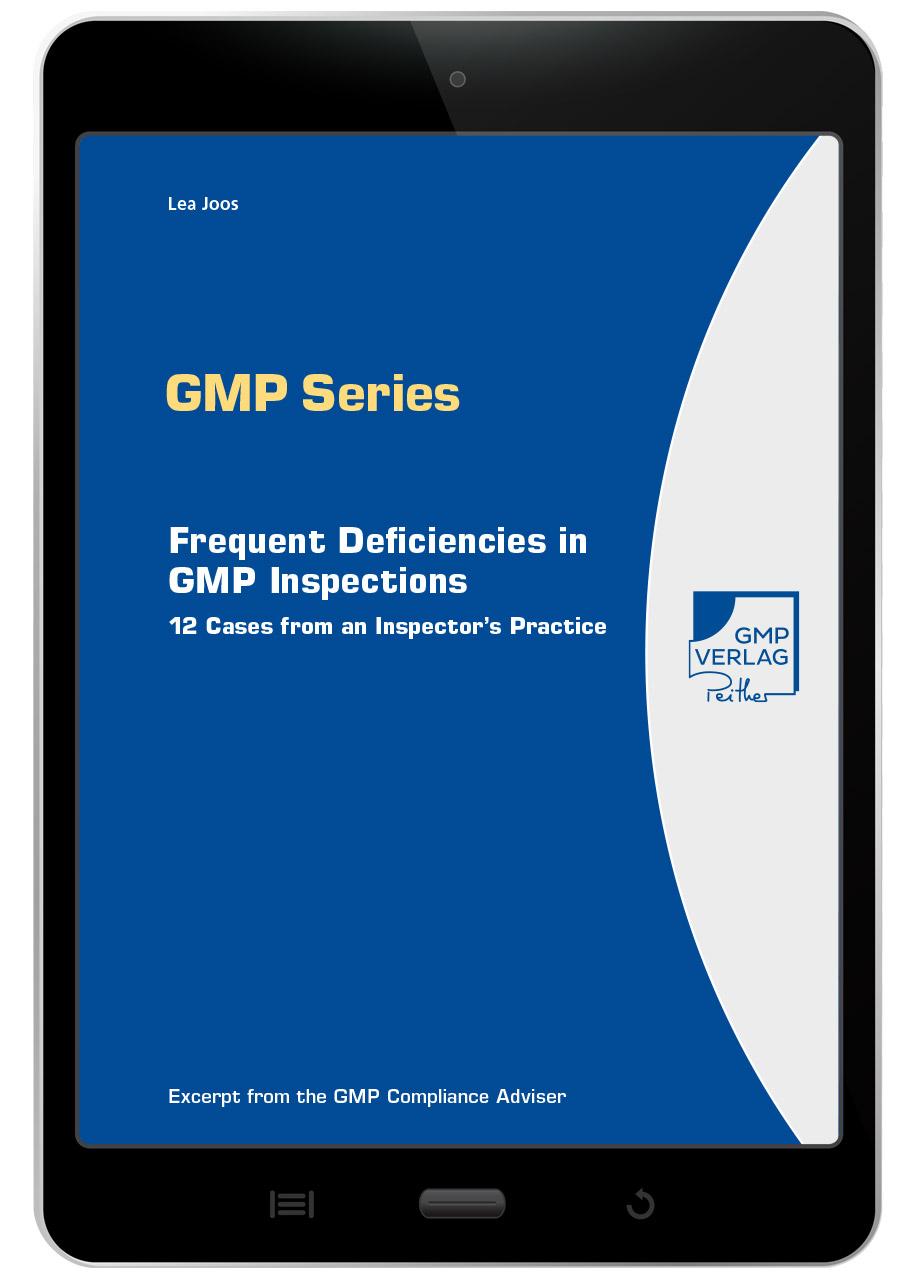 12 Cases from an Inspector's Practice


Non-compliance can be expensive. Learn from others’ mistakes before they become your problem!