Once again, two counterfeit batches of the drug Xarelto® 20 mg from the original manufacturer Bayer AG in Polish-Slovak packaging were discovered at a parallel distributor in Great Britain. Xarelto®, with the active ingredient Rivaroxaban, is used to prevent strokes and systemic embolisms as well as to treat pulmonary embolisms and venous thromboses.

The counterfeit batches (BXHUBD2 and BXHXL41, expiration date 09/2020) can be identified by the following features: 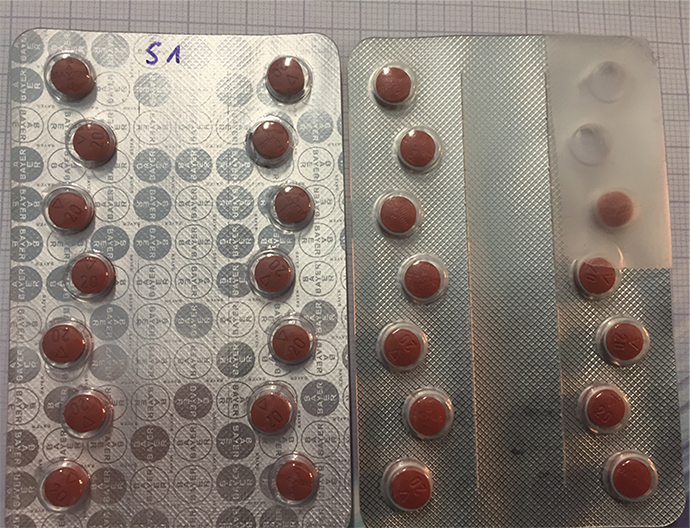 On 05 June 2019, the BfArM already announced the discovery of a counterfeit of Xarelto® (Charge BXHVHC3) in Great Britain. Further investigations on the origin of the counterfeits are still pending. The BfArM urges parallel distributors, wholesalers, pharmacists and users to check drugs of the batches mentioned and to report suspicious cases immediately.


No comment has yet been written about this news